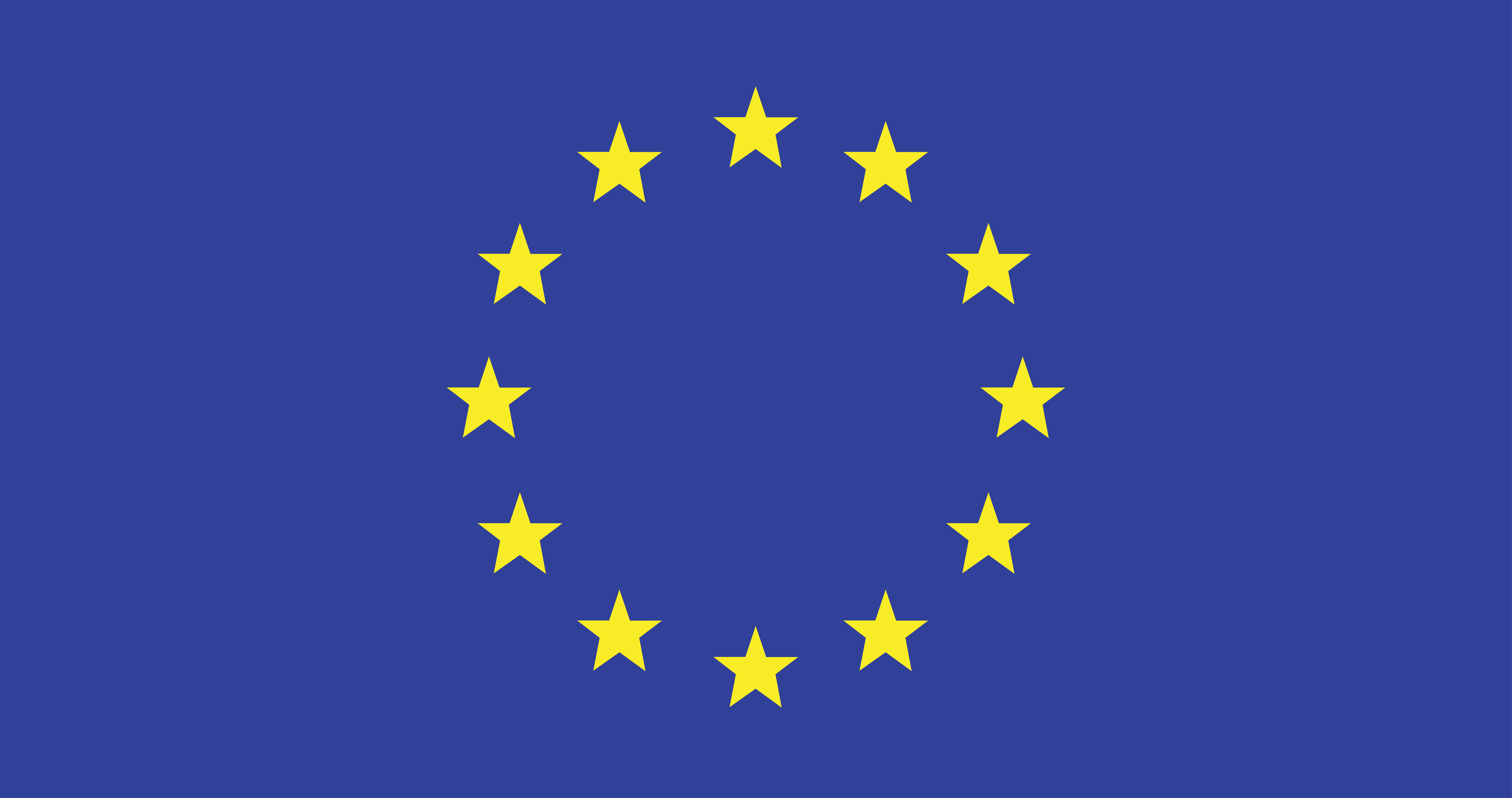 Digital Euro: what is it?

Home » Digital Euro: what is it?

What is the digital Euro?

The Digital Euro, as the name indicates, is the complementary form that the euro will take soon. Currently, we have cash to make physical payments and credit or debit cards that facilitate digital payments. In addition, the use of wallets is becoming more and more widespread and payment methods are being streamlined to respond to the growing demand of consumers to pay digitally. That is why the Digital Euro is here, an electronic currency that can be used by both, people, and companies to make and facilitate day-to-day payments, business transactions, etc.

It should be noted, according to the European Central Bank (ECB), that the function of the Digital Euro will be complementary to cash. The intention will not be to replace the way in which we know the euro today, but to add another way of understanding and applying it.

If something has been talked about in the last two years, it is cryptocurrencies. As a quick definition, according to Banco Santander, “a cryptocurrency is a digital asset that uses cryptographic encryption to guarantee its ownership and ensure the integrity of transactions, and control the creation of additional units, that is, prevent someone from making copies as we would, for example, with a photo”.

With the appearance of Bitcoin in 2009 and the subsequent creations of various cryptocurrencies, the world of virtual money has been growing exponentially up to the present. It has even been possible to see how payments can be made, for example, with Bitcoin in different countries buying cars, homes, etc. Given this, the different governments have had to act and start investigating a possible future launch of the digital currency. Spain or France join the list of other countries that are in the investigation phase, although the power, when the time comes, will be held by the ECB.

Where, when, and how will the Digital Euro come from?

CBDCs are often compared to cryptocurrencies, and although they are the closest, in monetary terms, to cryptocurrencies, they have a big difference: while cryptocurrencies are decentralized, CBDCs depend on the current regulations of the Central Bank that issues them, in the case of the Digital Euro, from the European Central Bank. They would be the equivalent of a country’s currency, in digital form, same value, same regulations at its base. As the name itself indicates, the digital currency of the euro zone will be issued by the ECB with its current regulations.

The Digital Euro will have these three main characteristics:

-Added value compared to traditional payment methods: The objective is to be agile, simple, and secure and must provide a more satisfactory user experience than current payment methods.

-Guarantee the security and privacy of all those who may use the Digital Euro.

-Financial inclusion: Facilitation of access to the banking system by not requiring the current infrastructure. The barriers of having a bank account or a wallet where to deposit funds and be able to make digital transactions would be considerably reduced.

It is not the same as a crypto asset

The Digital Euro will be issued by the European Central Bank. It is not yet entirely clear what presence the banks will have in this whole process, although they will surely be present. However, the issuing power of the digital currency will be the responsibility of the ECB and will have the same regulations and value as the current currency. This is a real alternative to the famous stable coin; cryptocurrencies that vary their value and adjust themselves based on the variations in the value of an official real currency such as the dollar or the euro.

Won’t collide with other digital currencies

It has been speculated what would happen if another Central Bank issued a digital currency before others, such as, for example, the Digital Dollar. This would not be a problem, since, according to the EU declarations, these currencies would have the same value as current legal tender currencies, therefore, they would be a complement, one more way of making payments and transactions. The existence of the Digital Dollar is not a problem for the EU and vice versa.

What will be the implemented technology?

It is still too early to say what kind of technology will be applied. Several options are currently being considered. It is true that they are still in a planning phase that is supposed to end by October 2023. The technology could be centralized, directly from the BCE, or decentralized (blockchain type) in the form of DLT (Distributed Ledger Technology).

Not intended as a form of investment

The EU, from the beginning, has always stated that the introduction of the Digital Euro in society has to be used to make payments and other types of transactions that we can also carry out with other forms of payment. However, there has been speculation about whether the digital currency would serve as a form of investment, and, therefore, to make money. The intention, for the moment, is to analyze the different possible scenarios to rule out future problems. The tenure limit could be one of the alternatives and the remuneration by tranches is another aspect under consideration. In short, the EU and the team that is in the proposal phase are considering many options. Security and stability are two main aspects that they want to ensure, therefore, they will try to choose the best plan to tackle the introduction of the new form of the euro to society.

Currently, the national Central Banks of the euro zone and the ECB itself have been in an investigation phase since July 2021. Specifically, the main Spanish banks and the Bank of Spain began a test in November 2020 with the creation of some tokens in digital format that made it possible to see how they could be distributed among the different banks and their clients. This test or project was called “Smart Money”, and Iberpay participated as a collaborating entity.

The Central Bank of France has also started some tests with some clients. They tried to digitize the euro and see what use customers could give it and identify what it would be useful for and what it would not be useful for. It is estimated, according to a survey by the BIS (Bank for International Settlements) of January 2020, that approximately 80% of the Central Banks have already begun, at least, to make some initial proposals on the subject and that 40 % of these banks have already passed the experimentation phase.

In the phase mentioned at the beginning of this point, it is being considered how the digital currency should be and the presence of intermediaries in the hypothetical case that the Digital Euro sees the light. All this is being done in a very slow way, since the objective is to satisfy the needs of citizens in the best possible way.

Once this research phase is finished around October 2023, it will be decided whether to move on to the development phase and some initial experimental tests. The current estimate is that this phase will last more than two years. Therefore, at the earliest, the Digital Euro would begin to be available between 2025 and 2026, although these are all estimates, and we will see how the different phases evolve.

The implementation of the Digital Euro in society could have both advantages and disadvantages. Next, we will show some of them:

-Greater traceability that translates into safer payments: Being issued by the ECB in digital form, all transactions made can be tracked. In addition, thefts would be reduced by having digital money instead of paper money.

-It is considered a real alternative to stable coins: although we have already mentioned that they are not the same, it would be a safer way to have money deposited digitally. The monetary variation with respect to other currencies would be the same as that of the current legal tender euro.

-A more agile and effective form of payment: Now it is not known what platforms and infrastructure will be used to make payments with the Digital Euro. What is clear is that, with the introduction of the euro in the digital environment, everything will be more agile and effective. Even in extreme situations where traditional payment methods are not available, it could be an alternative.

-The uncertainty that exists today about the Digital Euro does not suggest that the deadlines for its launch are, precisely, short.

-Digital = hackable. As we have mentioned in the advantages, it is possible that there will be less theft of physical money. However, even if it is stored digitally and in a secure way, it will always be potentially extractable by other people.

-Many people, especially those who are not digital natives, are not prepared to use digital tools in general. What this can bring is that only a part of the population becomes familiar with the new way of using digital currency and that other people are excluded from the process.

AISP (Account Information Service Provider), are all those companies that, their condition allows them access…
Snab
Banking
7 de October, 2022

Regulated by the Bank of Spain, a PISP (Payment Initiation Service Provider), is considered a…
Snab
Banking
23 de September, 2022